Putnam County ILGenWeb is a free genealogical site about the history of the county. We hope you find helpful clues for your research of ancestors and relatives of Putnam county.

Please consider contributing your pieces of Putnam county family history. You can use the Contact Form or send an email directly to me. YOUR HELP IS NEEDED. Our combined efforts can make this a great site for all who visit!

Co-Coordinator: YOU? Putnam ILGenWeb needs a local co-coordinator. Are you familiar with the area? Do you have a family tree connection to the county? Are you experienced at researching in Putnam County? If your answer to any one of these questions is "Yes," please volunteer to be a Co-Coordinator. 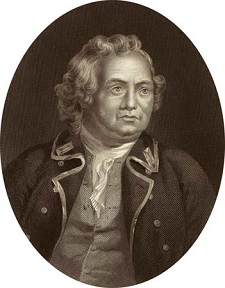 Putnam County was formed from Fulton County in 1825. Putnam county covered a large area from Illinois' northern and eastern borders even including areas south of present-day Putnam county. By 1839, Putnam county shrank to its current size. Putnam County is now the smallest county in the state of Illinois, encompassing only 166 square miles. The lands, or portions of the lands, in the following present-day counties were, for a brief time, a part of Putnam county: Stephenson, Winnebago, Boone, McHenry, Lake, Carroll, Ogle, Dekalb, Kane, DuPage, Cook, Bureau, LaSalle, Kendall, Will, Stark, Marshall, Lee, Henry, Kankakee, Whiteside, JoDaviess, and Grundy.


Putnam county was named in honor of Israel Putnam [1718-1790]. During the French and Indian War, he served with Rogers’ Rangers. Later he was captured by Indians but was spared from being burned at the stake by the last-minute intervention of a French officer. In 1759, Putnam participated in the attack on Fort Ticonderoga and later at Montreal. In 1762, he survived a shipwreck during a campaign against the Spanish in Havana and later served at Detroit during Pontiac's Rebellion. In June 1775, as a major general in the Continental Army during the Revolutionary War, Putnam offered distinguished service at the Battle of Bunker Hill, planned the fortifications for Breed’s Hill and later fought in the battle itself.